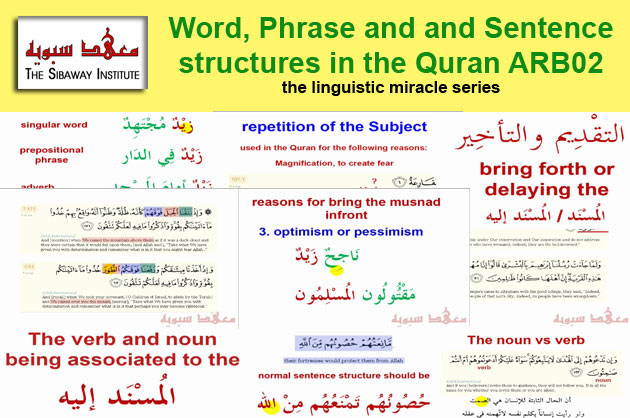 We will delve into the structures of a Nominal and Verbal sentences and will demonstrate how changing word positions and/or structures will affect the meaning. We will look at bringing forth and delaying different aspects of a sentence including the subject, predicate, doer,object prepositional phrase, adverb and we will give numerous examples in and outside the Quran.

We will be explaining the Quran challenge in great detail to demonstrate to students the miraculous nature of the Quranic language.